Becky Lynch is an Irish professional wrestler who has signed a contract with WWE. Her real name is Rebecca Quin but like many other WWE superstars she is also widely known by his ring name ”Becky Lynch”. She has won the Raw Women’s Champion in her first reign.

Lynch is one of the most popular and well known WWE women superstars of current era. She became the  SuperGirls Champion in 2005. Due to a serious injury in 2006 she stepped back from professional wrestling for many years. Becky Lynch returned to wrestling after six year in 2012. Lynch is currently an overall four-time women’s champion in WWE. These titles and achievements made her different and prominent from others.

Becky Lynch was born on 30 January 1987 in Limerick, Ireland. She spent her childhood in trouble due to the separation of her parents when she was only on year old. Lynch was too much interested in wrestling during her childhood. She used to watch wrestling on TV with company of her brother who also became a professional wrestler later.

Moreover, she was also interested in basketball, horse ridding and swimming. She was failing in everything in her personal life like school failure and getting alcoholic. According to her she was going down and down in her life and wrestling helped her a lot to step up in the life.

Becky Lynch and Colby Lopez’s relationship remained in news for many years. The relationship is revealed in May 2019. Colby Lopez is also a professional wrestler who is famous by his ring name Seth Rollins. In August 2019 they announced their engagement officially. 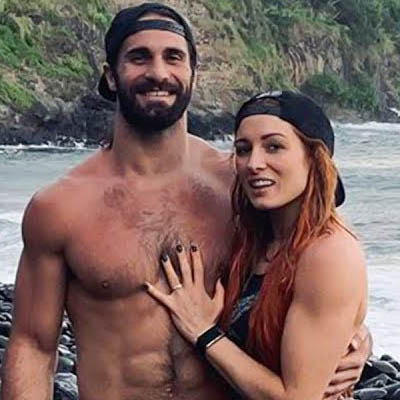 As a child wrestling fan she was very happy to hear about a newly open wrestling school in Ireland. In 2002 she began wrestling training with her brother in that school. Her independent circuit duration is from 2005 to 2013. In April 2013 she signed a contract deal with WWE. After that she got many iconic WWE titles and awards. She is Raw Women’s Champion which she won in 2019.

As professional wrestler she has got a lot of fame and good name around the world. She is one of the most followed wrestlers among her fellows. Professionally she has a successful career in which she has achieved a number of milestones.

She has another big title of  WWE SmackDown Women’s Championship which she has won for three times.

In 2019 she won Women’s Royal Rumble, one of the iconic WWE title.

She was awarded as Female Superstar of the Year in 2018.

Becky Lynch is one of the most successful female professional wrestlers of the era. She has a long successful career with many milestones. Her net worth is more than $1.3 million which includes her contract with WWE. She is in a relationship with a popular wrestler Seth Rollins.

Leave a Review about Becky Lynch Below